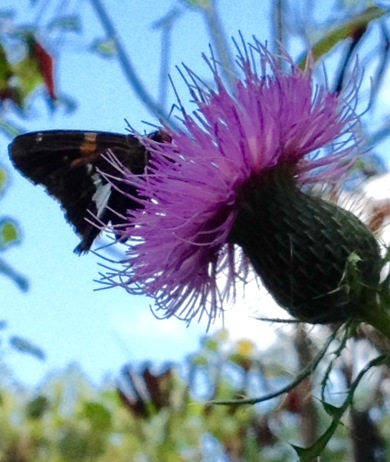 Observe closely: here we have the fully-developed form of the band having just emerged from its chrysalis after a long winter. Shedding the four-walled cocoon of the concert hall, which protected it from the harsh elements all winter, the band spreads its wings and… (record screeches).

Anyway, here is your guide to the Central Kentucky Concert Band’s summer migration. We’ll be starting our Summer Concert Series in Bardstown, thanks to our new friends, the Stephen Foster Music Club. The band will be performing a free concert Friday, June 16 at the Bardstown Community Park at 7PM. The band is very excited to be debuting in this historic city. 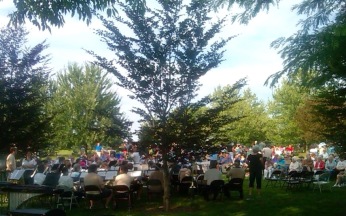 ome-base to one of their favorite venues: the University of Kentucky Arboretum. Surrounded by
majestic trees, the band will perform at the request and sponsorship of the Friends of the Arboretum Saturday, June 24 at 7PM. Enjoy the free outdoor concert with some friends and a picnic.

Exciting music (our responsibility), tasty picnic vittles (your responsibility) and beautiful sunshine, warm breezes, fluffy clouds, and emerald trees (Mother Nature’s gig)—who could ask for a better start to the summer? Spread your wings with the band and join us for a series of great evenings.

Keep up with the band on Facebook at: Central Kentucky Concert Band!