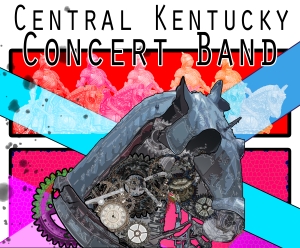 This fall, as we work through rehearsals for the December concert, the theme “Warhorses” gives us two ways to look at our concert repertoire. Not only is the term emblematic of riding into battle, with bravery at your back and hope at your front, the term “warhorse” has also come to mean a person with long tenure in their field, and a wealth of experience.

Many of our composers on this upcoming concert bill could be said to fit that brief, but one in particular is Percy Grainger, a prolific composer whose work spans decades, and is well-known in concert bands and across, but who still viewed his career as a failure.

Born in Australia, Grainger moved to Frankfurt to study music, then on to London, ending, finally, in the United States. It was during his time in London when he wrote “Colonial Song,” which is the piece that will be featured in December’s concert. Originally written for solo piano, as a gift for his mother, Grainger wrote “Colonial Song” as “an attempt to write a melody as typical of the Australian countryside as Stephen Foster’s exquisite songs are typical of rural America.” As Kentuckians, I think we can all see the value in a good down home tune.

Grainger’s music was divisive, not always loved. Early iterations of this piece did not make him popular with critics, or his contemporaries, though as he served in the United States Army, Grainger reworked this piece for military band. By the end of the twentieth century, forty years after his death, “Colonial Song” was included on lists of “meritorious works” and has been recorded by several high-profile wind ensembles.

Themes from “Colonial Song” found themselves used in marches written by Grainger, further cementing this militaristic bent to the tune that started as a Christmas present. Warhorse by theme, “Colonial Song” plays well with the other tunes on the bill. Warhorse by achievement, Grainger certainly deserves his day in the sun.

View all posts by beecarps